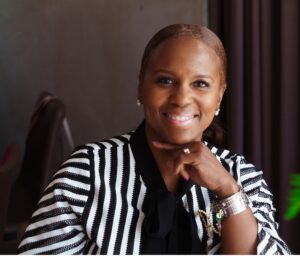 Shonda Huery Hardman is a proud native of Houston, Texas where she attended the High School for the Performing and Visual Arts.  She moved to Washington, DC to attend Howard University and later used her experience in Journalism to serve two Texas Congressmen.  She made a pivotal decision to leave Capitol Hill and pursue a career in education.  She has served students in urban school districts for the last twenty-five years.  She has served as principal, assistant principal and instructional coach.    She also worked as Academic Superintendent in Boston and a Network Chief in Chicago where she coached, supervised, and supported principals.  Dr. Hardman most recently served as a Chief of Schools in Houston, TX where she was responsible for leading the work of two-hundred and eight-four schools.  She has experience working on the corporate side of education where she served as a consultant with Franklin Covey’s educational division.  In this role she coached principals and school executives with a primary focus on improving outcomes in the urban schools.  Dr. Hardman is currently leading PRIME, an academic acceleration system, designed to support secondary students in Reading and Writing.  The highlight of her work through PRIME is to increase entrance rates and overall success of high school students in the nation’s elite institutions of higher learning.

Dr. Hardman received a master’s degree in Education Administration from Trinity College in the District of Columbia, followed by a master’s degree in Education Policy and Planning from Harvard University.  She completed her doctorate from Harvard University in 2010 where her research focused on understanding the behaviors of exemplary middle school teachers serving students in high-poverty middle schools.  Dr. Hardman currently lives in Las Vegas, Nevada with her two daughters and husband, Dr. Julian Hardman, who practices medicine with Desert  Radiology Group.

Take the Next Step!

Complete the form below and our team will contact you shortly to see how the IlluminatED Collective can help you forge new paths in creating future-ready learners.